The famous eternal blue light of the Blue Cave, the main destination of the tour

We've compiled a list of the most frequently asked questions regarding the insanely excellent Blue Cave Tour, which departs from Split.

The Blue Grotto sea cave, also known as the Blue Cave, is located on the Croatian island of Bisevo, near a bay named Balun. It's one of 26 caves on the tiny island, and it's without a doubt one of Croatia's best.

Bisevo Island is made up of limestone rock and is only inhabited by a few individuals all year. The cave, formed by erosion from the Adriatic Sea, is best explored between 11 a.m. and 2 p.m. each day, depending on the time of year.

The piercing blue hues of the cave, generated by sunlight reflecting through the water and bouncing off the white limestone bottom, will strike you once you arrive. 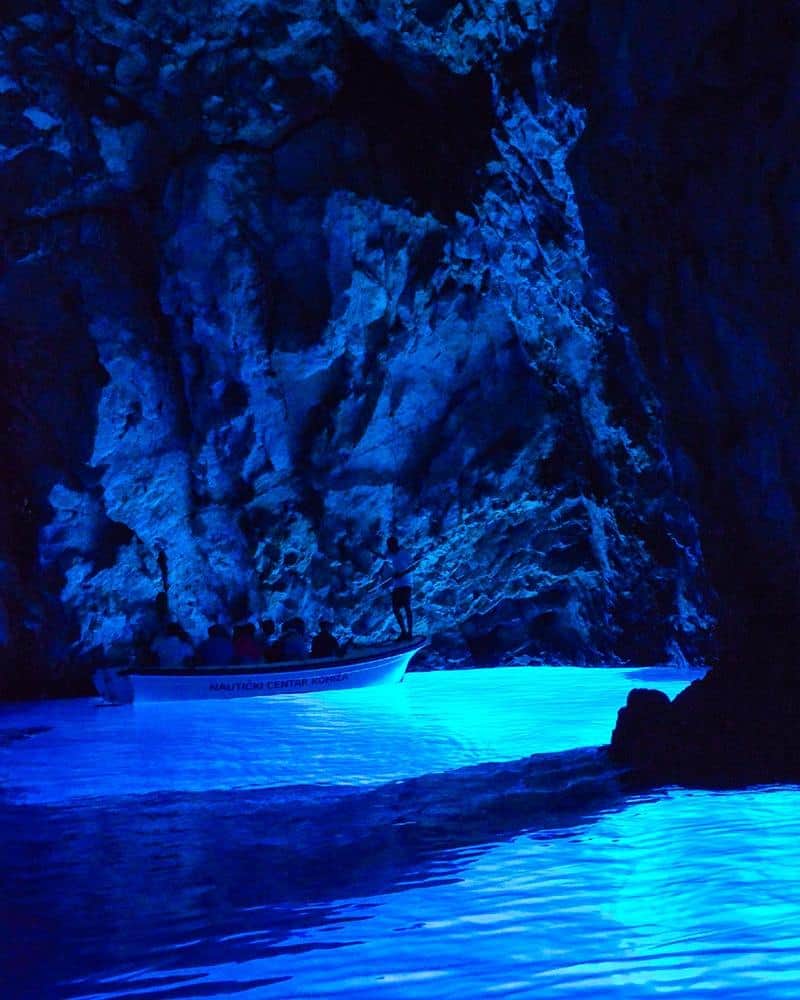 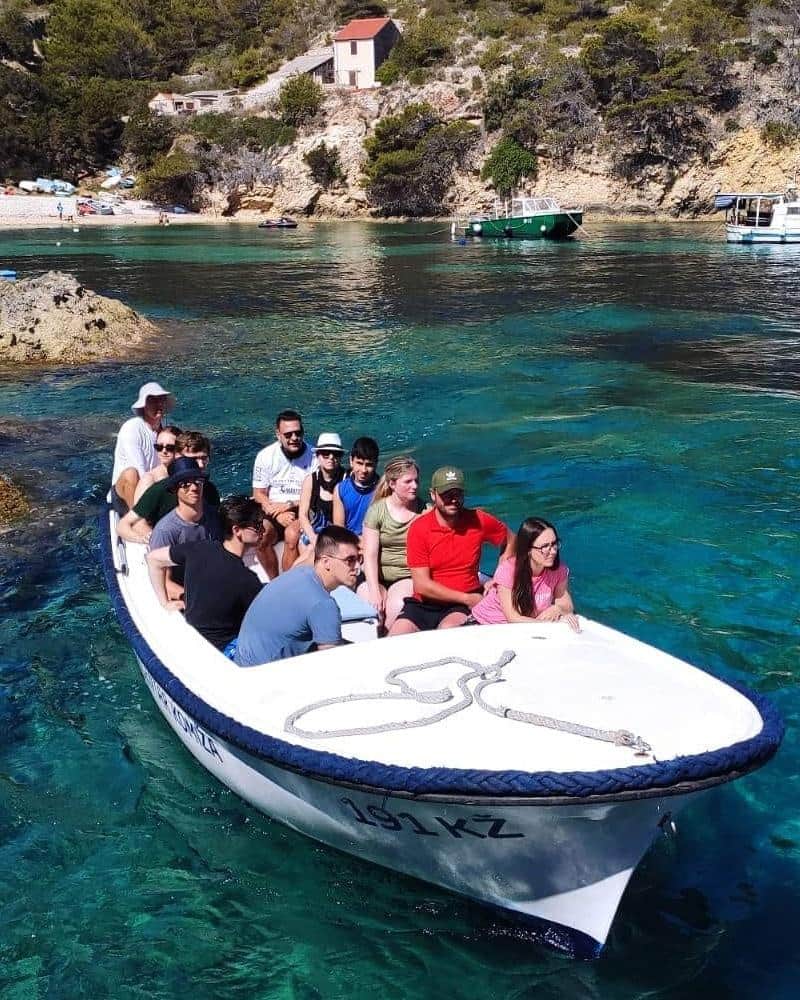 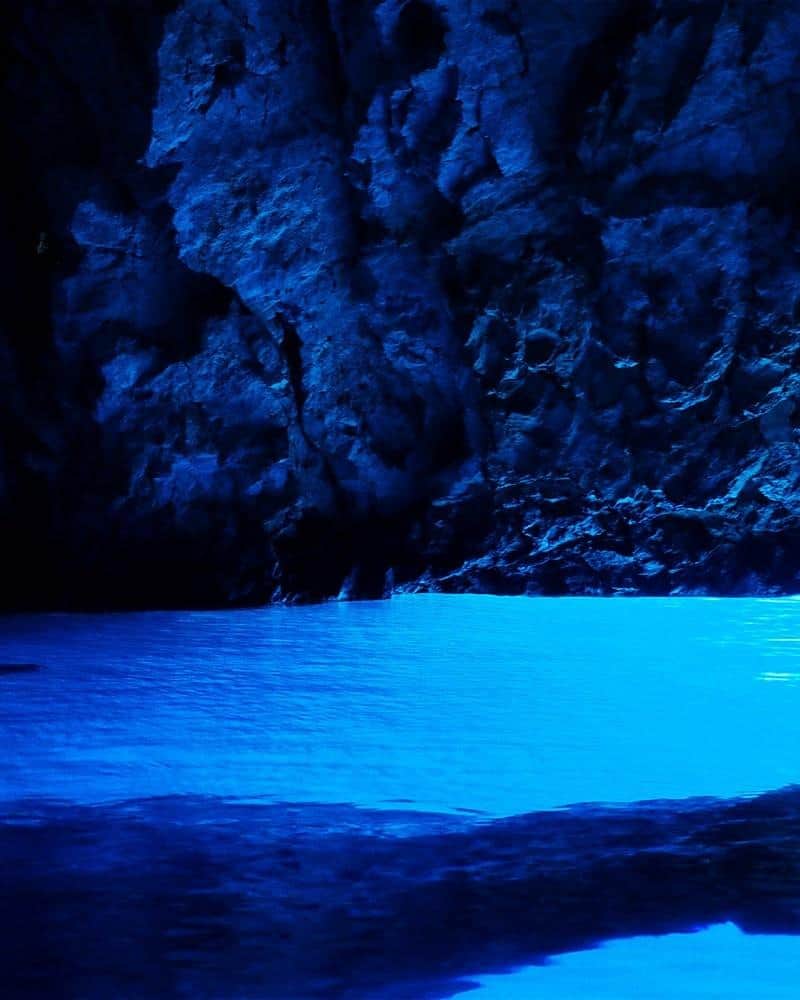 ​When And How Was The Cave Found?

Baron Eugen von Ransonnet, an explorer, painter, and adventurer, initially found the Blue Cave in the early 1880s. He came across it during a diving adventure and was immediately enthralled by it. Because the cave's only natural entrance was below sea level, it could only be reached by diving at the time.

The Baron proposed creating an artificial aperture to allow small boats access to the cave. After blasting off a section of the rock using dynamite in 1884, a small entryway of about 2.5 meters wide and 1.5 meters high was constructed. The cave may only be accessed through this entrance.

With the growing number of visitors to Split each year, many new tourist firms have sprouted. There are plenty of day trip firms that provide Blue Cave tours, and if you're even considering taking a cave boat tour through the Blue Cave, there are a few things you should know before booking one.

Every day, numerous trips depart from Split for the Blue Cave. The agency's signs will advertise a chance to tour the caves as part of a variety of day trips, but the Blue Cave is, of course, the main attraction on any of these trips, and you're probably wondering how you can locate a tour that only visits the Blue Cave.

The critical thing to remember is that the Blue Cave is located on the Croatian Adriatic Coast's farthest territorial point, so be prepared to travel a considerable distance. To give you an excellent return for your money, we arrange other notable stops with Adriatic famous destinations like Hvar. If you don't want to be with other people on a Vis Blue Cave tour, you could book a Blue Shark Private tour.

Some agencies in Croatia will make false promises, like promising you can go swimming with dolphins. As you know, dolphins are wild animals, so that can't be guaranteed. Our guests' reviews guarantee the quality and the attraction of the offered boat tour.

'Boat tour from Split with Blue Shark was the top class experience of Adriatic and Croatia. The boat was high class! Blue Cave and Five island tours with the stunning Blue Cave by Biševo was sensational. The cave is fantastic! I had a great time from the visit to the Stiniva Bay and time on Pakleni islands and Palmižana beach, swimming and chilling at beach bars. The end was in the Hvar, the town is beautiful with excellent fish restaurants, and the price is OK. The Blue Shark day tour is for the recommendation!'

You should be aware that the length of time you can spend in the caves is determined by the concessionaire, who limits each boat's stay in the shelter to only 5-15 minutes. Do not be deceived by anyone who tells you that by booking a tour package with them, you will be able to stay longer. That isn't correct. The rules of the Croatian natural beauty spots define time in the Cave.


Getting Into The Cave Will Take A Long Time

You will spend an hour waiting in line on Bisevo for your time to enter and enjoy the incredible landscape of the Blue Cave before heading into the caves (of course, some days it will be much less, and on others, it will be more).

In most circumstances, your skipper will purchase the tickets on your behalf. While you wait, relax with a beer or a cup of coffee at the Cafe and take in the stunning views of the crystal-clear water.


The Blue Cave Is Not Swimmable


How To Find The Best Split Blue Cave Tours

The trips are all similar, although with minor changes. We recommend that you begin with the items listed below. Our Blue Shark Blue Cave And five Island Tour is probably one that fits your budget while also providing a thorough evaluation, so you know exactly what to expect.

The ideal combination of destinations during the whole day boat trip includes:

No comments made yet. Be the first to submit a comment