I took my old laptop, hooked it up to Google, and I was looking for the best deal and an idea for a vacation. Blue Shark from Split - Dalmatia was my carefully chosen tour agency. I didn't regret that choice. This summer, I decided to spend in Split and Dalmatia County. If you're looking for a destination with plenty of suns, shimmering waters, and an abundance of things to do, check out these fantastic destinations on the Adriatic Sea. 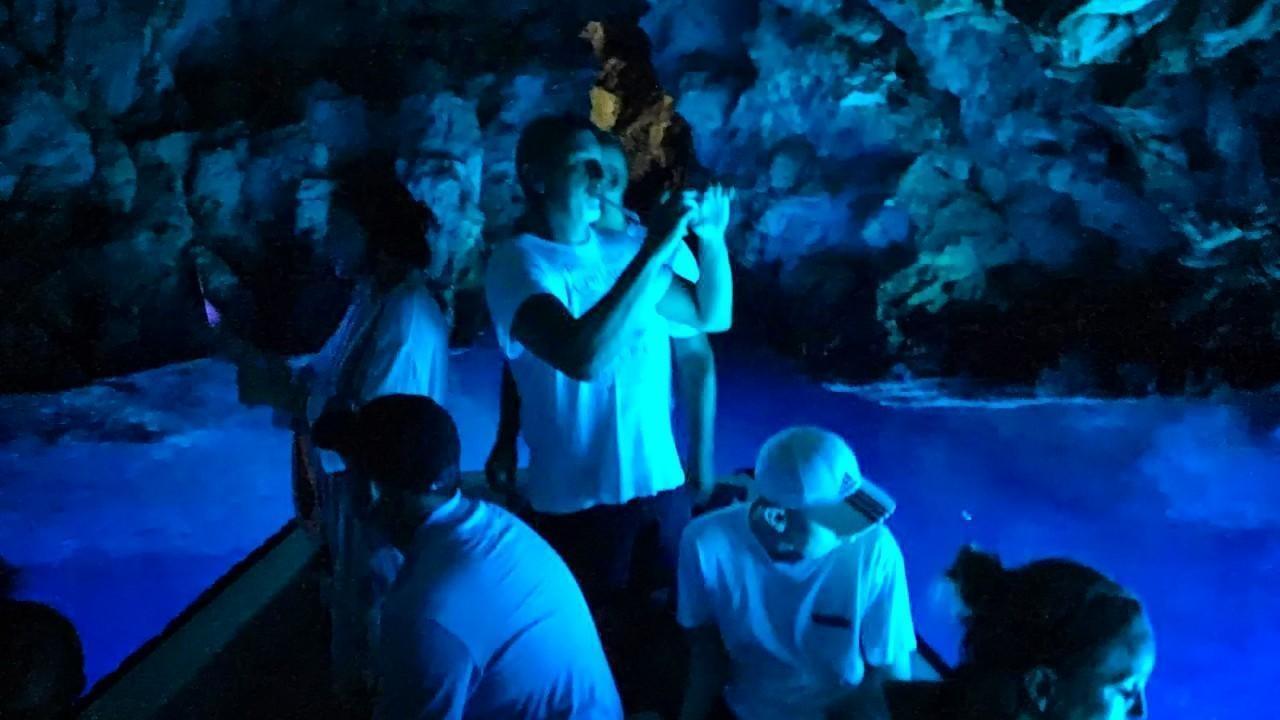 The city of Split is full of life, more active and exciting than relaxed. This living museum is full of cafes, restaurants, and shops within 1700 years old walls of Diocletian's palace. Its unique position and lush nature make it one of the most charming cities in Europe. Split is a busy and big city, but also one of the most attractive Adriatic ports with a long and rich history.​
I spent a couple of unforgettable days enjoying the beautiful beaches, spectacular caves, and enchanting cities on the coast and islands. I decided on the private tour - Blue Cave, and it was a fantastic choice. In the first place on that tour, there is the wondrous Blue Cave, then Stiniva beach, and Palmizana located on Pakleni Islands.
The Blue Cave is famous for blue light filling the space at a particular time of day when the sunlight hits the sea surface through an opening on the vault. The light reflects off the water and creates incredible light effects painted with blue color. Almost completely obscured from the view, Stiniva beach on the Croatian island of Vis has something of the fascinating in itself. Stiniva is a secret for many. But its secret is out. Three years ago named the top beach in Europe for 2016 by the Brussels-based tourism organization European Best Destinations following a poll of more than 10,000 holidaymakers.​

The Palmižana beach is the oldest and most famous Hvar resort, and the Nautical marina (ACI Palmižana) Beach is a large cove with the shallow sandy appeal. It is surrounded by a dense pine forest, fragrant heather and rosemary bushes, and a variety of exotic plants. There are several restaurants on the Palmižana. The beach is located on the island of Klement on the Hvar archipelago. The island of Clement belongs to the Pakleni Islands, which are a group of twenty islets and cliffs, stretching in front of the town of Hvar. Five excellent restaurants are situated in Palmizana and from which the most popular is Lagani.


After that, I visited the irresistible town of Hvar. The city is built from fascinating white-stoned Venetian architecture with an infinite number of landmarks. It is is a luxurious place with beautiful architecture and a large number of restaurants and coffee bars. Hvar is a luxury location of a paradisiacal island. From gleaming super-yachts moored in the harbor, exclusive restaurants, and cafes to landscapes painted lilac by lavender fields, Hvar is a must-visit!

I had lunch in Hvar, and I recommend white grilled seafood and white wine after that in the Konoba Bonaca. If you love all seafood things, then sitting down for a meal at restaurants in the city of Hvar is like opening up the gates to seafood heaven, making it rain seafood dreams, and where all of your seafood fantasies come true. A multitude of great preparations arrives at your table over an hour, all impeccably fresh and locally sourced. Your server will ask you if you would like to try sea bream on "gradele" and you, of course, nod your head and say, "Yes, please. With wine."

Blue Cave and Stiniva beach made the best impression on me. Besides Blue Cave tour a used sea and land transport, which is also on offer in the Blue Shark Tour. Soon I will provide you descriptions of the new destinations with several lines of text. Milna, island Vis, National Park Krka, Bol, and Golden Horn on the island Brač are also must-visit places. Yes, illiterate too much; visiting Dalmatia was unforgettable!

No comments made yet. Be the first to submit a comment

gtag('config', 'GA_MEASUREMENT_ID');
We use cookies to ensure that we give you the best experience on our website.
I accept